Made a torus knot from a line and an attrib vop. I was able to make a few different types after I figured out the basics from wikipedia, and a few other sites around the web (it’s actually quite simple) 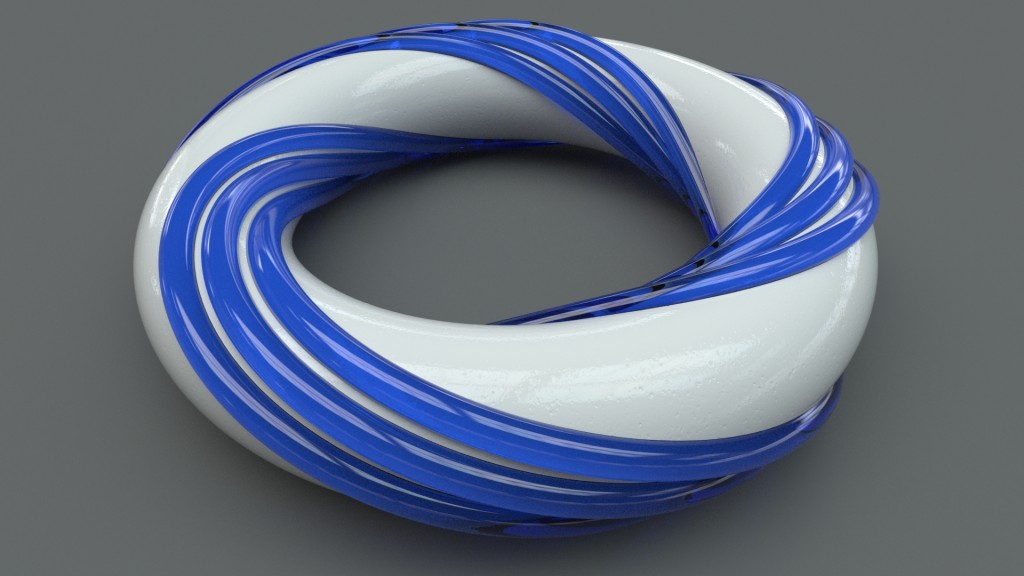 River sim I did a few months back for fun. I don’t remember all the specs exactly (I’ve since removed the cache files). The sim ran overnight, and was about 30 million particles. The renders were pretty quick too (mantra). It’s using a custom vorticity setup I’ve been using for a while (tracks with the fluid and fades out over time) for the ‘foamy’ areas. I did take the render one step farther with the shader (added volume under the surface and better driven by my vorticity attributes), but hadn’t gotten around to getting a full sequence rendered. I’ll probably re-sim / re-render soon enough.

I presented some Flip and Point Advection stuff at the March 2014 Vancouver Houdini User Group. The files are here for anybody who was there or anybody interested:

VHUG file  (200 something megs. This has the hip file and also the quicktimes and one frame of geo from the rest field setup)

I have two hip files. One is a vorticity solver and rest field setup for flip. The vorticity fades out over time, and the rest fields (which is done post flip sim) can add tons of extra detail at rendertime. Some fun stuff to try: you can also use vorticty to drive density or viscosity and create some neat bubbles or foam or even ‘oobleck’ where the fluid can become more viscous as it becomes more stressed.

The second is a setup that uses Gas Advect to advect points along with a high velocity pyro sim. The pop advect by volumes doesn’t work well with high velocities at your source, so I am using a gas advect node instead. There are a few issues I didn’t quite work out with this setup in houdini 13 (needed more than one substep to get it accurate), but I think it’s working pretty well regardless. Prior to 13 I would merge points, create my ids, etc… essentially creating myown particle system. I do also have another few tricks in this file — such as getting a normal on the points from the gradient of the density field, and then I also take the points and use their colors to color the pyro as well. The examples aren’t the greatest artistically, but should get the point across (and I realize I should have made the terrain darker in the viewport). I’ve used setups like this in production and both have proved extremely useful.   And as a last note, the files aren’t perfect, I did them rather quickly in my spare time, so there are likely some mistakes in them or things that can be improved.  🙂 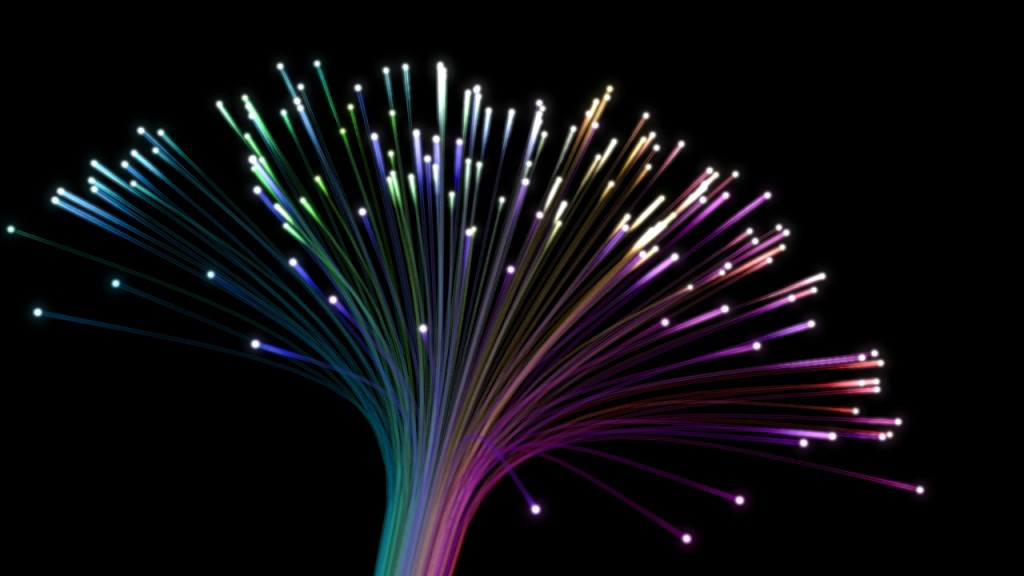 Just messing around some more. Used instanced lights (wanted to figure it out anyway) to get the illumination near the tips… but thinking I should probably just use a uv/ramp based approach in the shader  instead. 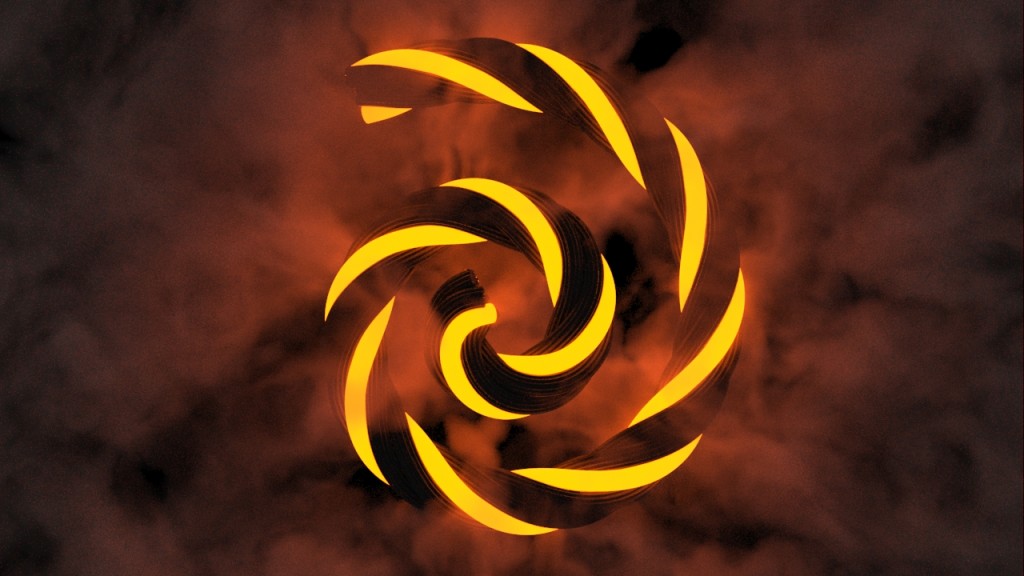 Just some more renders for fun. Went for a (highly polished) black and red onyx or  marble type of material… includes a noise similar to the Nebulous images, using an hdr for bg, and a bit of SSS as well. 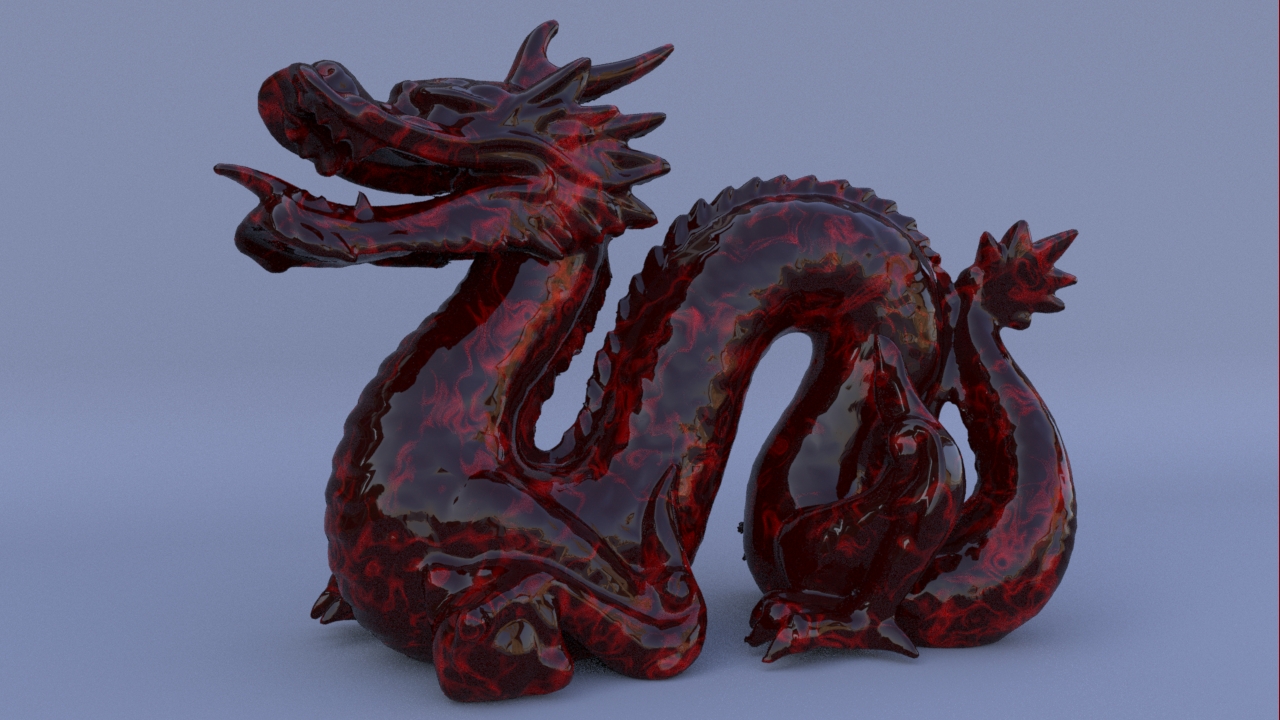 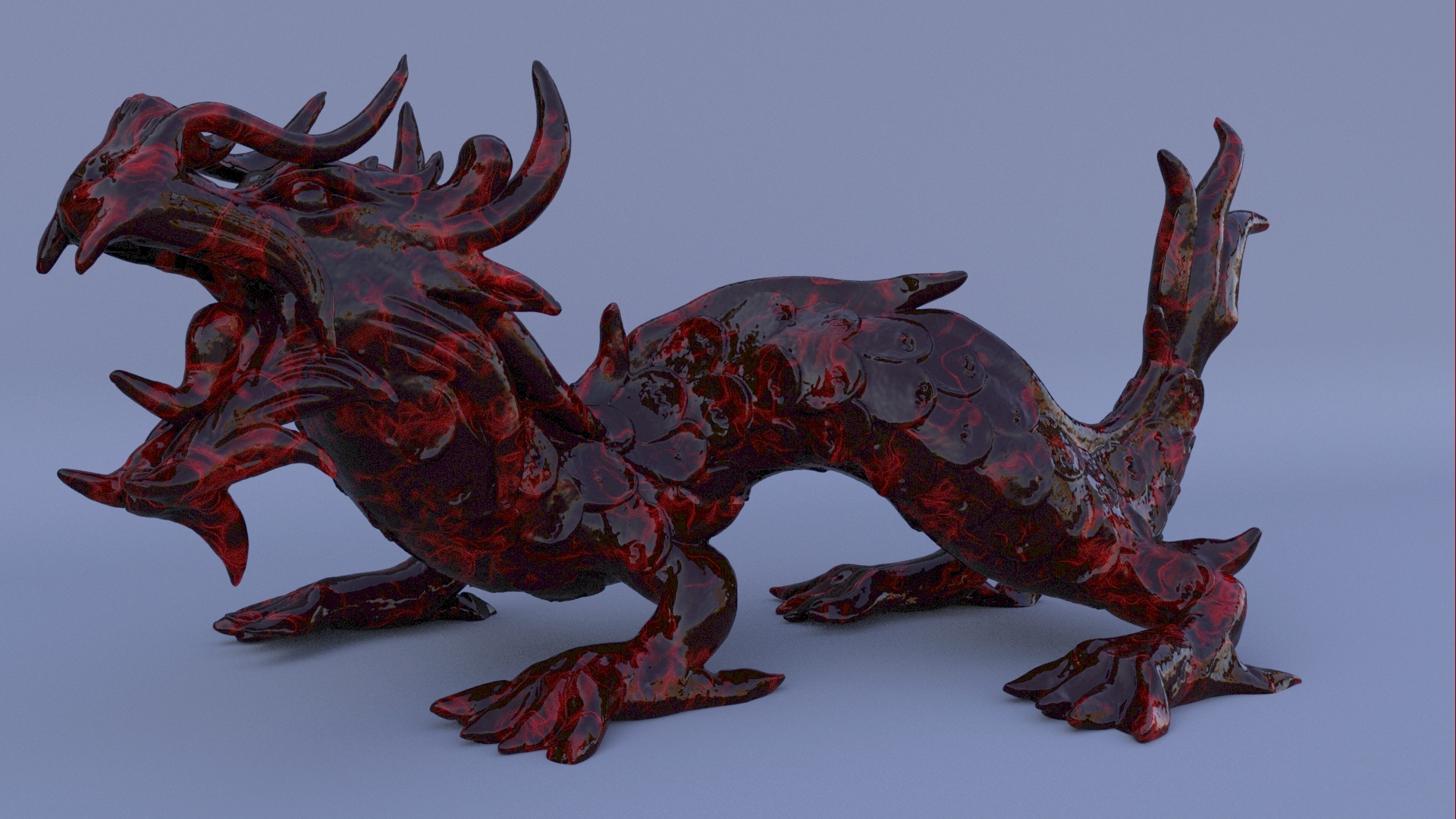 Another 2 versions — came up with a fitting name I think. It’s coming along now with the right lighting setup for it, and I also managed to fix a few shader issues I was having. It’s much more predictable now. 🙂  (It’s named v6 and v7 because it’s the 6th iteration of the hip file).  It’s got a bit of post work on it for some color tweaks. Mostly just saturation and value. Tiny bit of glow added as well. 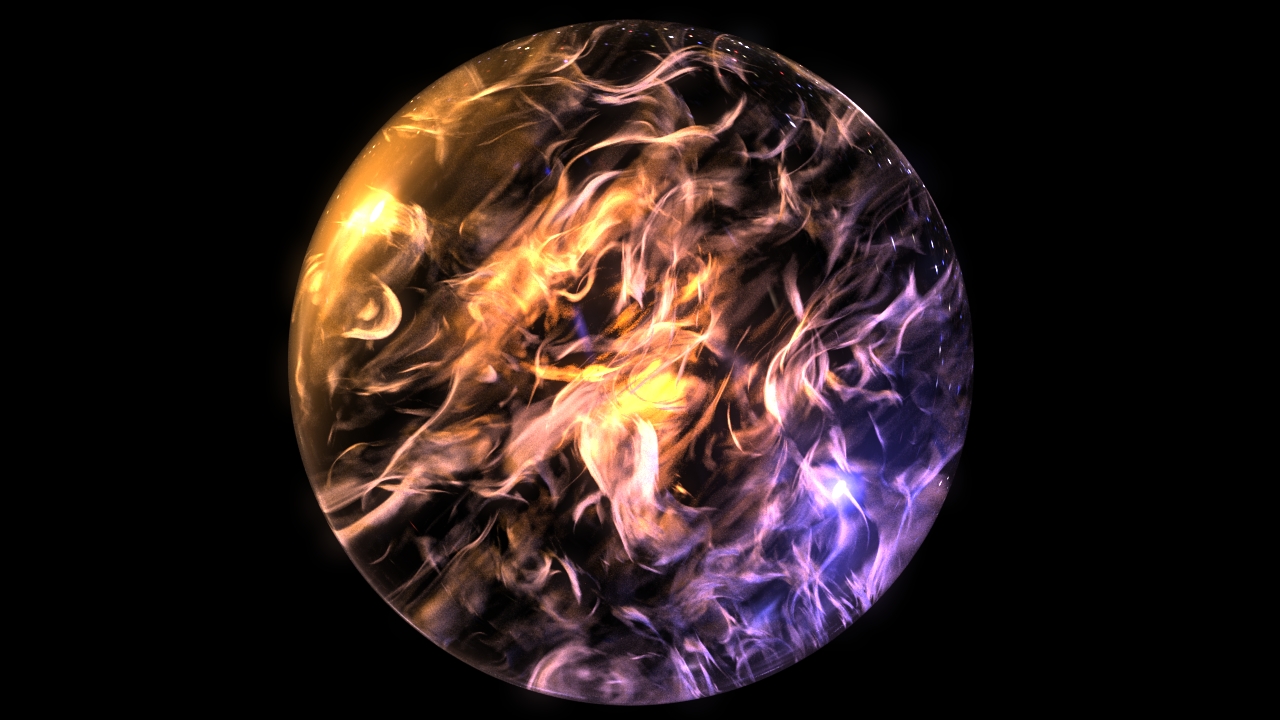 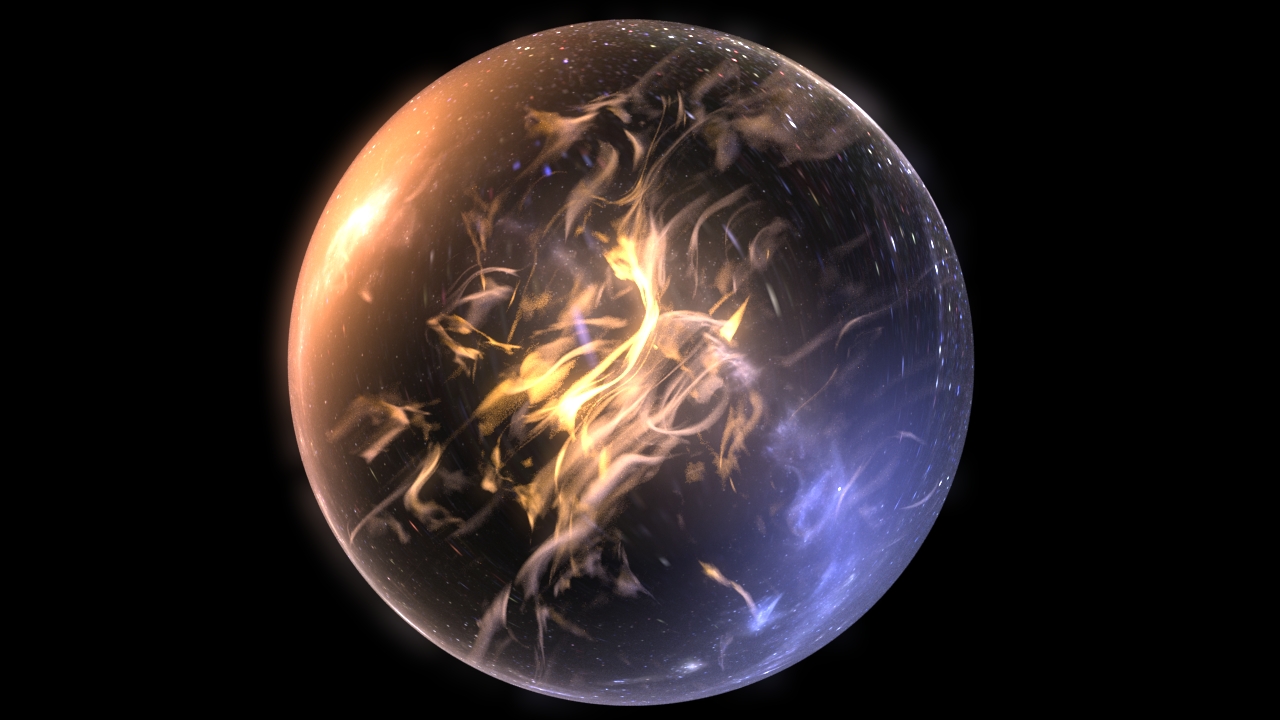 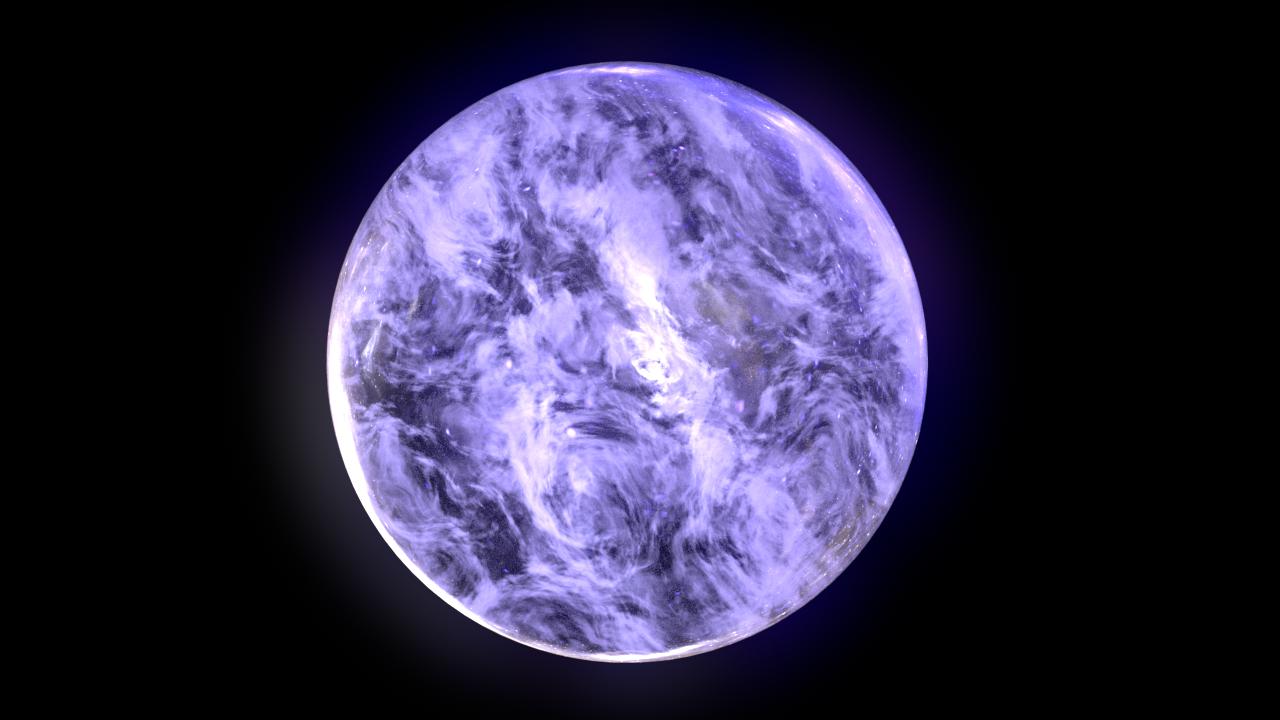 New personal project I’m starting… right now it’s all shader based for the volume inside the glass sphere (and it is a volume, though it’s hard to tell it’s not just on the surface). It’s a bit flat and needs some additional color, but thought I’d share v1. 🙂  I might try to animate it with a real sim at some point, but for now I just want to focus on making it look pretty.

P.S.  I never did get around to rendering the flip sphere scene — my computer is getting too old to take the entire way.